Submerging Into The Emerging 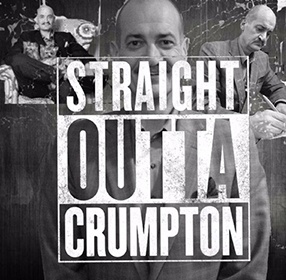 The adage that says, “What got us here, won't get us there”, could never be truer than this exact moment in time.

I have read where Moore’s Law is being re-defined, this means a whole new mindset within the Fast and the Furious crowd of the data industry. Having written that last sentence, I was just jolted into the realization that all industries, with a few exceptions, are data industries. We are all, knowingly or not, submerging into emerging technologies.

Think about evolution on the cooling (heat rejection) of the data center.

At first we blew cold air around that was being delivered from an air conditioner. The servers sucked it in, heated it up and dumped in into a large room, where it was then sucked into the HVAC unit and the cycle repeated.

Then we refined that, contained the hot and cold air to reduce them mixing with one another and installed the HVAC units inside or right beside the server racks. We were then close to being tapped out on what HVAC units could do to aid in removing the heat from the data center.

Extracting the heat directly off of the processor, eliminating the need for all of the air moving around, in and out of the racks, etc. Directly injecting the heat into a safe fluid (NOVEC 7000) that isn’t water based, isn’t harmful and evaporates in the event of a leak or improper handling. Check out www.ebullientcooling.com for the latest and greatest on this emerging technology.

The twin sister of heat rejection (mechanical work) is the entire infrastructure of electrical power distribution.

Recently, I looked at an image of a 1950’s electrical distribution system and then on the same slide, a 2014 version of the same sized system. Guess what? There was very little discernable difference in the components.

Now, flash into 2015. Atom Power has just changed the game of the “only way we have ever done it” electrical power distribution. Imagine a fully networked system.  From incoming power all the way to the receptacle on the wall, you can see, control, measure and monitor all aspects of that power. It has finally made power safe, mitigated the NFPA 70-E arc-flash issue, the buy big and bulky because you had to and finally, you can see the electrical loads of the entire system on a single pane of glass. And it comes with a dashboard showing your entire electrical infrastructure. That's something Ben Franklin, Thomas Edison and Tesla all would be proud of.

These two things are only a couple small drops in the bucket of life.  However, life as we know it, and by the way, life how we want it - meaning, fully digitized, accessible 7x24 and very, very quickly, has to be supported with these two key pieces of infrastructure.

Every click of the mouse, key stroke typed, tap or swipe of a screen requires a 1 or a 0 (the way digital stuff works) to flow through the power lines in the form of electricity and that produces heat. That is about as rudimentary as it gets.

As you are out and about, clicking and tapping, remember that there are some very innovative sciences at work in support of the picture you just tweeted of your morning venti, sugar-free, non-fat, no-foam, extra-caramel with whipped cream macchiato, then pour regular coffee down the side with 2 packs of raw sugar and a stir stick on the side!

Until the next time, Stay Curious

As many of you know, I grew up in the HVAC and Mechanical side of Mission Critical support. Throughout the years, evolution has been constant with the occasional pop of revolution. These days, really the last 5 years, are showing an initial glimpse of where things are headed.